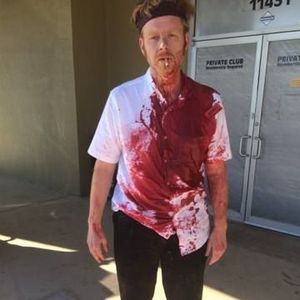 Michael Jastroch writes and performs with ColdTowne, winning several awards for his improv including “Best Comedy Group 2008” in the Austin Chronicle Reader’s poll and the B. Iden Payne award for “Outstanding Improv Ensemble.” His sketch project, Lovey and Lovey, won Best of Fest at the 2005 Lone Star Sketch Festival and the 2008 Frontera Fringe Festival as well as a Critic’s Pick in the 2008 Austin Chronicle Reader’s Poll. Michael is the Executive Director of the ColdTowne Theater and teaches and directs sketch and improv at the ColdTowne Conservatory. Michael was nominated for best teacher at the Austin Improv Collective Awards and the group he directs, Midnight Society, was nominated for a B. Iden Payne Theater Award. Michael has directed a number of comedy improv shows, including the Victrola, Rapture the Flag and Cereal For Adults and can be seen performing with Stool Pigeon and Elevator Action. Michael has taught his improv workshops all over the country, including at the Oberlin College Improv Festival, the Gila Monster Improv Fest in Tuscon, Arizona and at the North Carolina Comedy Arts Festival in Chapel Hill.