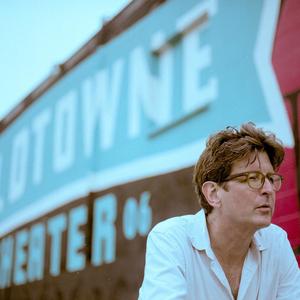 I've been teaching improv since 2007, mostly at ColdTowne. In 2011 I was named Best Improv Teacher in the Austin Chronicle Best of Austin Critics' Poll, and in 2011 and 2015 I was named Best Coach or Teacher at ColdTowne. I trained at ColdTowne, iO, and The Annoyance, and over the years I've taken classes or workshops with Liz Allen, Jill Bernard, Matt Besser, Joe Bill, Craig Cackowski, Jet Eveleth, Keith Johnstone, Susan Messing, Mick Napier, Miles Stroth, Rich Talarico, and Matt Walsh, among many others. I'm currently the Conservatory Director at ColdTowne.

I play in Dervish and Reverb. I'm also in way too many duos, including Déclassé (with Jon Bolden) and Ratliff & Jackson (with Lisa Jackson). I wrote, directed, and appeared in The Church of the Indeterminate Divinity (a semi-improvised "secular service" with live music) at ColdTowne, and I was an original and returning cast member of The Hideout's Austin Secrets show. I won Maestro once.

My focus is on establishing emotionally believable characters, even if -- ESPECIALLY if -- the scene is going to heighten to absurdity. I'm also very big on responding to what's really going on in the moment. If you're not interested in emotional realism or are playing a form in which what happens in scenes is dictated by the format, you might not find my coaching very useful. Or it might be the thing that takes you to the next level. No telling.

I'm also very interested in organic work (i.e., nonscenic movement-based group agreement), which I think is the secret key to improv. This opinion is not widely shared.