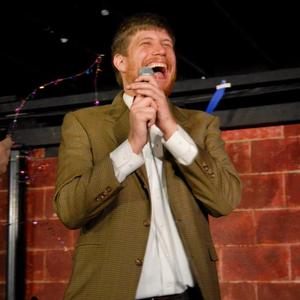 I've been performing and studying improv and sketch since 2009, and teaching since 2013. I've performed and studied comedy at every Austin improv theater, as well as Annoyance, BATS, and UCB. I've performed in NYC, Melbourne, and Singapore.

Currently, I perform with F#ck This Week, The Underground, and Don't Be Yourself. In the past, I've performed with Houses in Motion, Array, What's the Story Steve, and many other wonderful teams. Recently, I directed the critically acclaimed "Express Yourself." I also directed "It's Saturday Night!" which won "Best Sketch Show" at the ColdTowne Awards in 2014.

I'm most interested in relationship-based and vulnerable improv to robots and introverts, like myself. I love coaching newbies, and helping improvisers find their untapped superpowers.