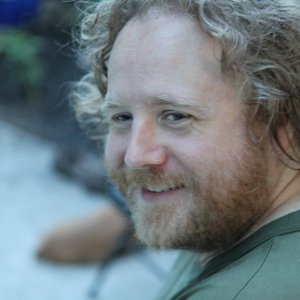 Drew Wesely graduated from ColdTowne Conservatory in 2008, started as a Teacher's Assistant in 2011, and became an improv teacher in 2015. He graduated from ColdTowne Conservatory's Advanced Graduate Improv Studies program in 2016. He graduated from Fallout Theater Conservatory in 2017 and began teaching there (in addition to ColdTowne) in 2018. He hosted the ColdTowne Theater monthly improv jam, and currently hosts his independently operated weekly drop-in improv class/jam. Instructors from UCB, iO, The Annoyance and The New Movement have either coached or taught him in classes or workshops. He has taught a workshop on an improv format of his own team's creation multiple times, in Austin, Houston and Phoenix. He has performed and written sketch comedy with Nice Astronaut and ColdTowne's house sketch troupe, Uptowne, and performed improv with over a dozen troupes in ten cities, utilizing every format from The Bat to the JTS Brown. Drew was Assistant Director of the ColdTowne mainstage show "Austin Translation" and producer/director of the ColdTowne show "The Alamo DrewHouse". He has performed in the Chicago Improv Festival twice and performed in the UCBT Del Close Marathon a total of eight times.
Drew specializes in coaching Long Form Chicago style Improv and UCB style Game Of The Scene. He enjoys keeping rehearsals fun and giving critical notes in a manner that is empathetic and not judgmental.